Broadway World‘s Peter Nason reviews: I am in the camp that believes that SOUTH PACIFIC is Rodgers and Hammerstein’s greatest work. Even though it won the Pulitzer Prize and is the only musical to garner the Tony Award for all four acting categories, the show still sometimes seems overshadowed by other R & H classics: Oklahoma! is more important in musical theatre history; Carousel boasts a more beautiful score; The King and I has a lovelier story; and The Sound of Music is certainly more popular. But SOUTH PACIFIC stands tall as the duo’s masterwork, their pinnacle, where they use their combined genius to tell a story about racism at a time where most musicals were fluff at best.

Based on James Michener’s book, Tales of the South Pacific, SOUTH PACIFIC focuses on two major storylines set on an island “paradise” during World War 2: a French planter and a nurse whose love may be doomed due to racism, and a young man falls in love with a young Tonkinese girl even though he has been carefully taught to hate people of different races. The two stories merge, but the plot remains secondary to the most powerful songs in the Rodgers and Hammerstein canon: The standard “Some Enchanted Evening,” the haunting “Bali Ha’i,” the roaring “There is Nothing Like a Dame,” the fun “I’m Gonna Wash That Man Right Outa My Hair,” the sweet “Happy Talk,” the powerful “You’ve Got to Be Carefully Taught,” and the heartbreaking “This Nearly Was Mine.” Any or all of these songs remain in the pantheon of classic Broadway tunes. And yet they came from the same show, where Richard Rodgers and Oscar Hammerstein were at the zenith of their songwriting abilities.

SOUTH PACIFIC is also one of the few musicals where it’s best to have an opera singer in a key role. When the musical premiered on Broadway in 1949, Ezio Pinza starred as the French planter, Emile de Becque, after having just finished a 22-year stint at the Metropolitan Opera. In the not-very-good film version of the classic Rodgers and Hammerstein show, opera singer Giorgio Tozzi dubbed Rossano Brazzi’s songs for the same role. I have seen SOUTH PACIFIC several times, and if you do not have an opera singer in the role of de Becque, or at least someone with an operatic voice, then it just doesn’t work. That’s why I wasn’t surprised when the St. Petersburg Opera chose SOUTH PACIFIC for their season. Of all the classic musical theatre productions, this one can utilize some of their best opera singers perfectly.

In this production, in the role of de Becque, Todd William Donovan hits just the right notes, literally. He’s likable as an actor, with a decent accent and good connection with his love, Nellie, but it’s his songs that are out of this world. The iconic “Some Enchanted Evening” never sounded better, and during it, the couple sitting next to me lovingly held hands. But that just seemed to be a prelude to his “This Nearly Was Mine” in Act 2. This was a bona fide make-you-cry powerhouse of a performance; the audience’s ovation after the number lasted longer than many curtain calls I’ve seen.

As the perky “cockeyed optimist,” Nellie Forbush, bright-eyed Molly Mustonen is a winner. Her ingratiating personality is so lively, lovely, that you see why de Becque falls in love with her. Her singing voice is gorgeous, and it’s not bothersome that her Southern accent doesn’t always translate into her songs. Nellie is a walking paradox; I love how the character can easily forgive a man for killing someone but has a hard time dealing with his past mixed marriage.

As the hunched Tonkinese Bloody Mary, Carla Lopez-Speziale quickly became an audience favorite. Her voice is in top form, and even though her “Bali Ha’i” didn’t reach the goose bump highs that I’ve sometimes experienced, it’s an incredible number, as is her dynamic rendition of “Happy Talk.”

As the doomed Lt. Joseph Cable, John Kaneklides is sensational, one of the best interpretations of the part I have ever seen. Tall and good-looking in a way that is both Kennedy-esque and Romney-esque, Kaneklides makes us care for Cable and understand his plight. And whenever he sings, his glorious voice makes the audience melt. His “Younger Than Springtime” and especially the chillingly real “You’ve Got to Be Carefully Taught” are simply brilliant.

One of the most underrated numbers in the Rodgers and Hammerstein songbook remains “My Girl Back Home,” a duet where Cable and Nellie sing of being far away from the world they know. I love the song because it’s so simple–two characters from two separate plots coming together briefly to tell their tales to each other. And it’s wonderfully interpreted here by Kaneklides and Mustonen.

In the key clownish role of Luther Billis, Tyler Putnam is a hoot. Still, I like to see Billis played with a bit more anarchy; Putnam seems a little too controlled in the role for my tastes. I like to see unpredictability with him, a what’s-he-gonna-do-next crazy-man vibe, although Putnam’s memorable “Honey Bun” comes close and is forever etched in my mind. And his tattooed stomach is amazingly rendered; what he does with it during “Honey Bun” quickly became one of the highlights of the show. Billis is a lovable character, crazy if not chaotic here, and Putnam does the wild-man jokester justice (he also lays claim to a marvelous singing voice, as evident in his rollicking rendition of “Bali Ha’i”).

The male ensemble, featuring an assortment of manly-men sailors that a friend of mine called “eye candy,” nails their version of “Bloody Mary” and “There Is Nothing Like a Dame” with terrific harmonies. Each of the characterizations is precise, not just taking up space waiting for their lines. They shine: Jason Miller, Rubbens Fleuristal, Adrian Rosales, Tripp Fountain (who also assistant directed), Blake Hudson, Luke Scott, Robert Amer, Andrew Emery, and John Short.

The female ensemble of nurses is a young group, sometimes seemingly too young, but they are a formidable lot, almost equal to the boys. Their work in “I’m Gonna Wash That Man Right Outa My Hair” and “A Wonderful Guy” is filled with messy enthusiasm, joyous verve. Again, each one is a distinct character always in the moment: Jessica Fiala Hall, Kylie Heyman, Kristina Riegle, Emily Grainger, Melissa Misener, Angela Tompkins, Lindsey Collins, Elizabeth Toney, Julia Glicksberg, and Chelsea Tierney.

Olympia Ni and Arwen Donovan sweetly played de Becque’s children during the performance I saw; is there anything cuter than “Dites Moi”? (Olivia Ni and Randolph Scott Ancaya play the parts on alternate nights.) Samantha Geraci-Yee makes a lovely Liat, Cable’s love interest; I would like to see her slow down a little with Cable, maybe even showing some fear and trembling as she unbuttons his shirt (Cable falls in love with her pretty much when he first sees her; we need to be shown that this is Love with a capital L here, not just a soldier’s lust).

Brandon Evans is serviceable as Commander Harbison, and Ward G. Smith gives one of the best performances of the show as Captain Brackett.

This SOUTH PACIFIC is beautifully fluid and entertaining, seamlessly flowing and never once growing dull. Kudos must go out to the talented stage director-choreographer, Zetta Alderman, for her immense creativity and staging. The performers utilize the entire stage, even occasionally strolling through the audience. And boy, this is one fast-paced show.

Keith Arsenault’s lighting is fantastic, especially when Bloody Mary sings “Bali Ha’i” and we enter a sort of dream world, a trance. The lighting never calls attention to itself, but underscores each moment of the show and becomes as wonderfully seamless and fluid as the direction. Warren K. Sodt’s set design is workable and suits the show. I like how he used the extensions for de Becque’s plantation on Stage Right and for the military room on Stage Left; this allows the show to keep its pace without having to move the bulkier sets on or off the stage.

The costumes are fine for the most part, but I have a minor nitpick with the newspaper vests worn during the Thanksgiving Follies that open Act 2. The vests are created from comic pages of the time and features “Beetle Bailey” all over them. My issue with this? “Beetle Bailey” was not created until 1950, five full years after the end of World War 2. Anachronisms, even ones this trivial, still take me out of the show for a brief moment.

It is a relief to see a production where the performers are so strong that no microphones are needed. The natural sounds of their voices are more than welcome, and never once are the lyrics drowned out by the orchestra. This may be how they usually do it in opera, but rarely do you see a full-scale musical in a large theatre that doesn’t depend on microphones.

This entire production would not be possible without the guidance of conductor Mark Sforzini, who is also the Artistic Director of the St. Petersburg Opera Company. Under the baton of the Maestro, the St. Petersburg Opera Orchestra is absolutely stunning. The overture is heart-pulsing, moving with drive, super confident and tight. Why can’t every orchestra sound this grand? These are the best sounding musicians of the year: Concertmaster Jeffrey Smick, Karissa Ratzenboek and Marcus Ratsenboak on violin 1; Laura Jensen-Jennings, Aaron Hilsinger and Danut Muresan on violin 2; Warren Powell, Michael McClelland and Barbara Rizzo on viola; Nadine Trudell and Laura Smith on cello; Dee Moses on bass; Colleen Blagov on flute and piccolo; Lane Lederer on English horn; Nikolai Blagov and Tyler Wes on clarinet; Maurizio Venurini on Bassoon; Larry Solowey and Cheryle Naberhaus on horn; Robert Smith and Ken Brown on trumpet; Drew Prichard on tuba; John McColley on harp; and Kelsey Bannon on percussion.

SOUTH PACIFIC hasn’t lost its edge; if anything, it’s as pertinent now as it was in 1949. At one point in the show, Emile de Becque tells a group of American military men, “I know what you’re against–what are you for?” It’s a line that rings so sadly true during this chaotic political season, where candidates are known more for their name-calling and fears instead of their aspirations and hopes. It’s a scary world today, where prejudice and xenophobia seem more rampant than ever. SOUTH PACIFIC is almost 70 years old, but it addresses these issues head on, and although it is set in the 1940’s, the show still carries an important message. A message that needs to be seen, heard and heeded by all of us, especially this year. 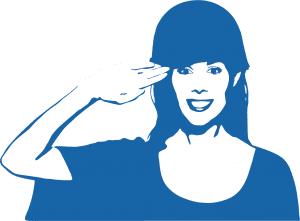