“Premium Blend” sounds like excellent coffee, but this is the blend of tonal energy that Brian Moorhead, former principal clarinet, and Mark Sforzini, former principal bassoon, achieved in the fifteen years they sat next to each other in the Florida Orchestra. They joked about it then, but the idea came back when Moorhead was asked to play a concert in July 2017 for the International Clarinet Association. He, Belinda Dumont and Gayle Bertelstein commissioned Sforzini to write this double concerto for clarinet and bassoon. In the past Sforzini has been commissioned to write works for the Florida Orchestra, Crested Butte Music Festival, and numerous individuals.

“It was a lot of fun writing for someone whose playing I know so well,” Sforzini said. “I’ve explored the highs and lows of the clarinet extensively. There are many fast passages for the two instruments to execute together in octaves. The bassoon and clarinet naturally complement each other and frequently play melodies together in the symphonic repertoire. We often breathed and shaped phrases as one. There are ample lyrical passages for both instruments as well as rapid-fire exchanges of notes by the two soloists that ‘percolate’ in the texture. Double concerti for two wind instruments are not common. This work is a chance to move the special pairing of clarinet and bassoon front and center and compliment it with an orchestral accompaniment of strings, winds, brass and percussion.”

The work is in three movements that are played continuously without pause. The first solo statement for each soloist presents a thematic idea which is then developed throughout the work. The first movement is rhythmic with several variations in the tempo. The second movement features bassoon and then clarinet in a singing style as soloists before the two instruments join in an extensive cadenza. The third movement is fast. The clarinet presents the main theme which is later repeated by the upper strings. The bassoon presents the second theme of the movement – a lilting waltz tune with jazzy harmonies. The work ends with a final section (Coda) that is reminiscent of the opening movement.

When they performed the double concerto in Orlando they were accompanied by a pianist, but Sforzini has written a full orchestral accompaniment which the Tampa Bay Symphony will premiere in these Winter 2018 concerts.

Belinda Dumont, “Premium Blend ” Co-Commissioner, is a former assistant director of Bear Stearns & Co., investment banking, with emphasis on business analytics for the use of advanced computing in the OTC & FX markets. Belinda studied the piano and played recorder and sang in New York City ensembles, at UC Berkeley, both early music and later music performance. She studied opera privately in New York, and performed in various venues there, in San Francisco, etc, and the other St Petersburg. Her family had the important value of supporting the Arts. After moving to Tampa in 2003, partially because there was a symphony orchestra! Belinda sang in five of St Pete Opera’s early productions, fell in love with the company and the orchestra, and has been involved since then.

She is President of the Board of the St Petersburg Opera Company, directed by Mark Sforzini. Belinda is also a Director of the Board of the Florida Orchestra, Tampa Bay. “It’s a privilege to know Mark and Brian, superlative musicians and deeply committed to the growth of music, kindness, and creativity for our wonderful Tampa/St Pete community”.

“Premium Blend ” Co-Commissioner, Gayle Bertelstein has long been a patron of the visual and performing arts, as well as human service and animal protection organizations. After an exciting business career, she volunteered for The Florida Orchestra and there became friends with Brian Moorhead and Mark Sforzini. Back in “the day” she and Mark would appear before community groups to carry the message of TFO. She served on the TFO Board of Directors for over 15 years and on numerous committees, and now sits on its Council of Advisors. She was a supporter of the St. Petersburg Opera from the beginning as well as of other endeavors in which Mark and Brian have been involved

Being engaged with the Tampa Bay Symphony is another joyous experience, especially with these performances of Concerto for Clarinet and Bassoon “Premium Blend”, composed by Mark Sforzini. 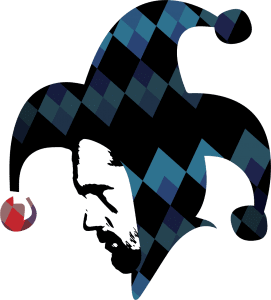 Tickets for Rigoletto Next at the PalladiumVerdi’s Rigoletto January 24 – 28 Trickery and tragedy, revenge and redemption go hand-in-hand as the licentious Duke of Mantua conspires to seduce Gilda, beloved daughter of Rigoletto, the …

Tickets for Rigoletto Next at the PalladiumVerdi’s Rigoletto January 24 – 28 Trickery and tragedy, revenge and redemption go hand-in-hand as the licentious Duke of Mantua conspires to seduce Gilda, beloved daughter of Rigoletto, the …